NOTIFICATION ON RESUME OF EXTRAORDINARY GENERAL MEETING OF SHAREHOLDERS

The Meeting was attended by the Shareholders and/or their Proxies/Representatives representing 885,563,420 shares, or constituting 58.54% of the total shares 1,512,662,000 with valid voting rights that have been issued by the Company.

The Meeting was chaired by Mr. Isien Fudianto, Commissioner who was appointed by the Board of Commissioners.

Prior to the decision making, the Chairman of the Meeting provides the shareholders opportunities to raise question and/or to propose opinion.

Resolutions in the Meeting were adopted by means of voting.

The Meeting has adopted the following resolutions:

Succeeding to the closing of the Meeting composition of the Board of Commissioners of the Company shall be as follow:

The Board of Directors 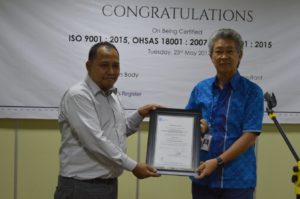 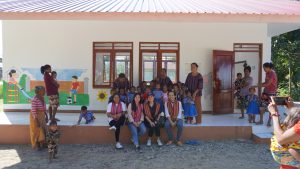 Clean water Distribution and Medicine for Victims of the Cianjur Earthquake